You are here: Home / Recipe / Snacks / How to prepare chicharrones de harina
334shares

Chicharrones de harina are a puffed, salty, crunchy snack that are very popular in Mexico, and easy to find among street food vendors. 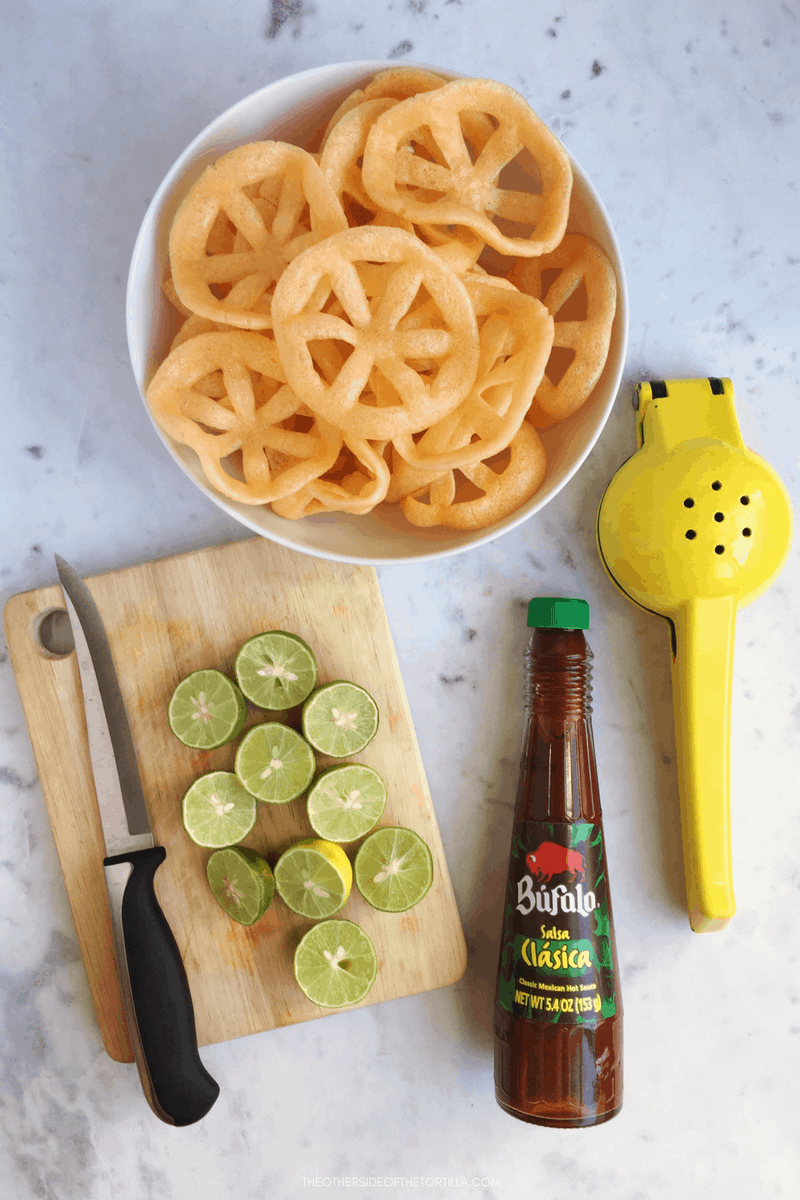 I’ve written before about how to fry your own chicharrones with the kind you buy at the store that you have to cook so they’re edible. But if you can’t get those at your local Mexican market, you’ll at least be likely to find them already fried and packaged to buy—usually alongside the chips, Takis, and that kind of stuff. All you have to know is how to prepare them!

I get a lot of questions from my non-Mexican friends and readers about this snack because they’ve never seen it before, or didn’t know how to prepare it properly. It’s actually really simple, and these things are super addictive.

If you’re part of the crowd that has never had these before, I’m guessing you might also be asking: What the heck are these things made of anyway? They’re dense, dried, flour-based wheat snacks that puff up when they’re fried. (So, no, these are not a healthy snack.)

The two most common shapes you’ll find are the wheels, like I’ve used here, or the ridged rectangles or squares, pictured below: 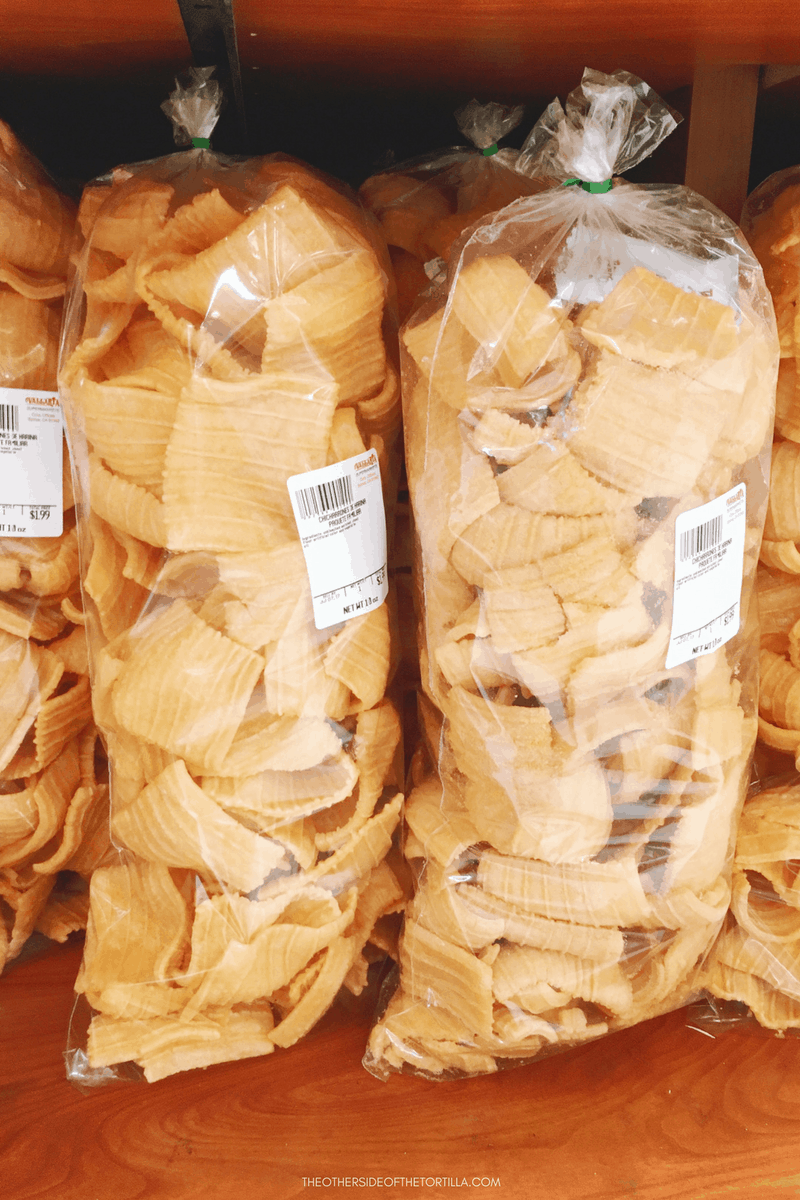 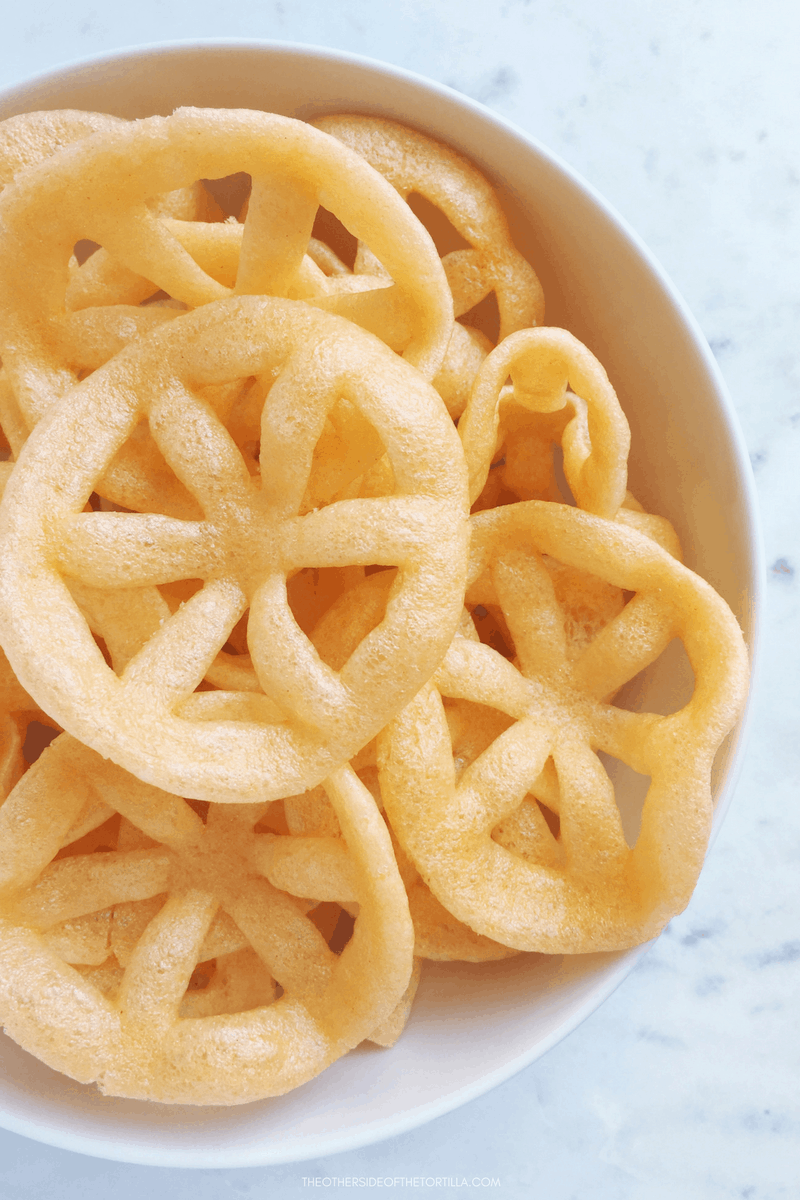 Some people like to sprinkle Tajín or chile powder over their chicharrones de harina instead of a liquid salsa, which is perfectly fine. Our family has always used salsa Búfalo clasica or Valentina, so that’s how I’ve prepared them here. No judgment if you prefer them with chile powder.

A note about the lime juice: This snack really does taste better with key limes if you have access to them because that’s what’s used in Mexico. However, if you can’t get key limes at your grocery store or local Mexican market, a regular lime (also called a Persian lime, is seedless and has a thicker rind) is OK to substitute. NEVER use bottled lime juice, please; only the fresh-squeezed stuff.

The Mexican lime (known in the U.S. as key lime or West Indian lime) has thinner skin, is very small (about 1 inch in diameter), has small seeds, and has a brighter, more concentrated citrus flavor. The skin of this kind of lime is generally green, but as they mature, the skin turns yellow. 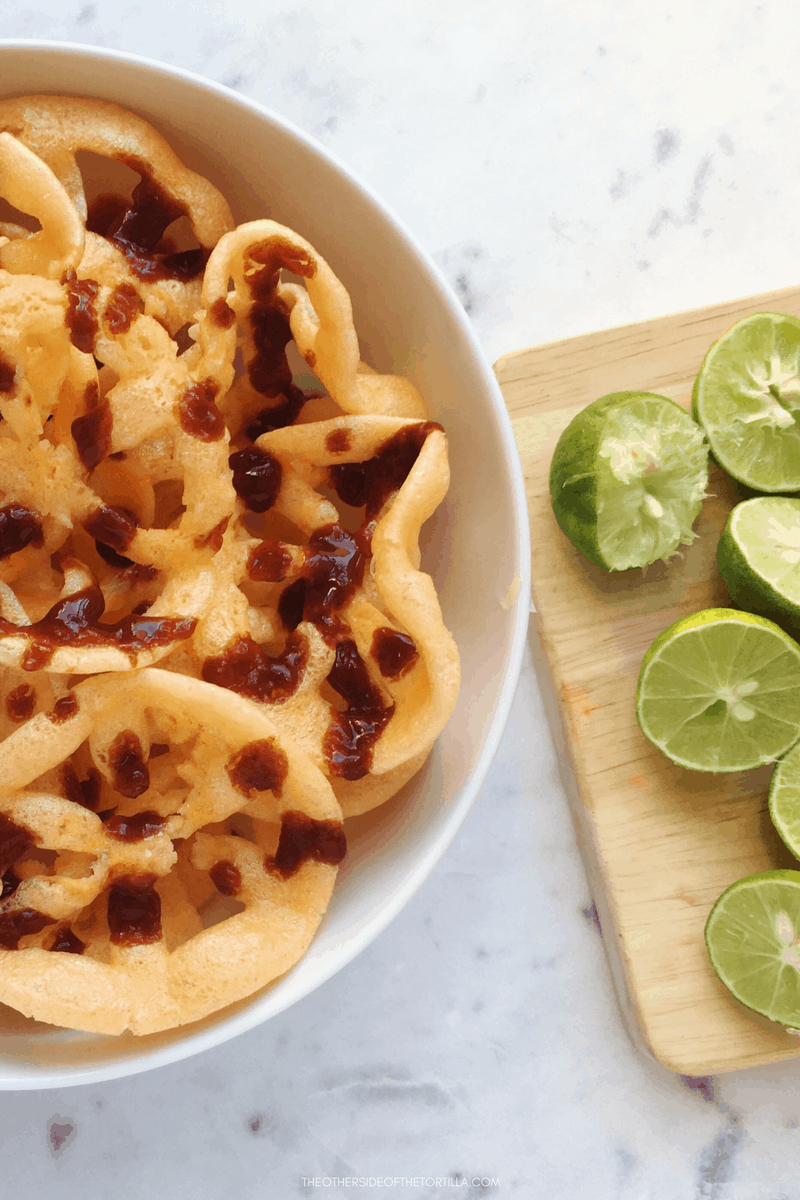 As you squeeze the lime juice over the chicharrones de harina, you’ll notice they’ll start to make a crackling sound. That’s normal. (It’s because of how the acidic lime juice exposes the air pockets in the fried chicharrones.) 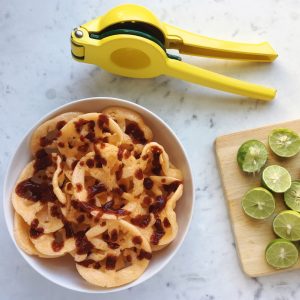