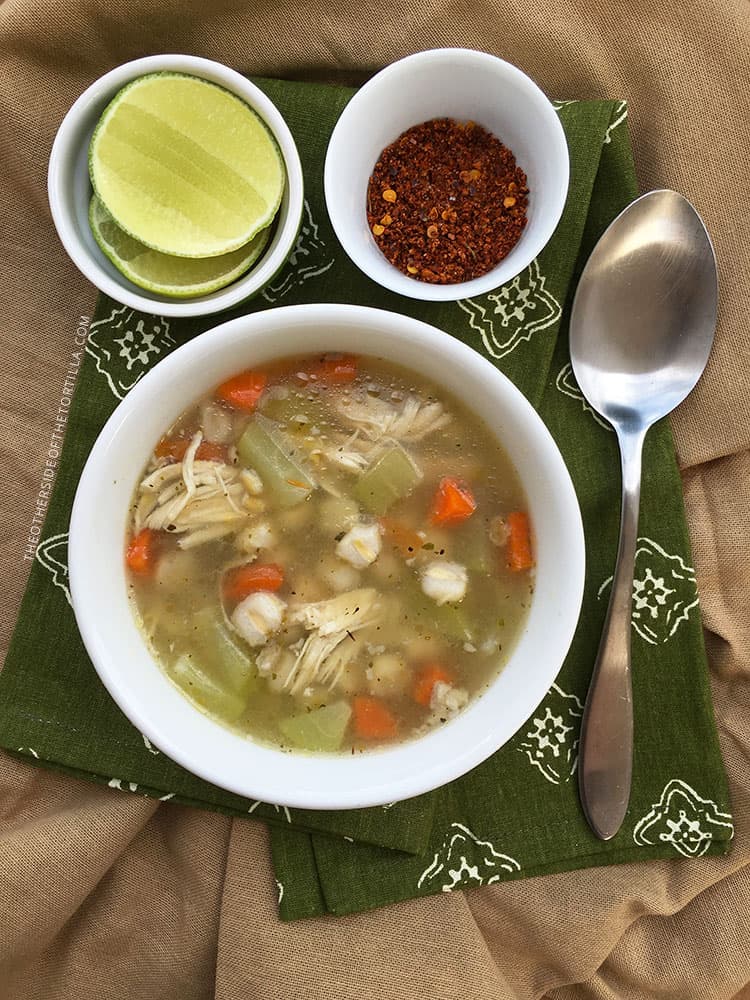 This recipe is my own personal spin on this classic Mexican sopa de pollo with two changes to make it a heartier soup: I’ve added chayote in place of celery (because my husband hates celery) and hominy to give the soup more substantial body so it’s filling enough to be eaten as a meal. The hominy has a nutty and slightly sweet flavor that balances well with the nutty barley, Mexican oregano, and savory broth.

Hominy would also be great added to soups like sopa de poro y papa (a broth soup flavored with leeks and potato) or a tomato chipotle broth to give it more substance.

I always garnish this Mexican chicken soup with a fresh squeeze of lime juice and chile powder for a little kick, such as ground chile piquin, ground chile ancho, Tajín Sazón (which is meant especially for sprinkling into soups) or regular Tajín.

If you like your chicken soup to be a bit more herby, you can add more Mexican oregano. I was a bit conservative with the amount I added so as not to overpower the rest of the flavors. But you do want to be sure to use Mexican oregano and not the traditional Mediterranean oregano that you typically can find in the grocery store. Mediterranean oregano that is also sometimes known as Italian, Turkish or Greek oregano, is sweeter and not interchangeable in Mexican cooking. Mexican oregano has a distinct, robust flavor with a more floral aroma and citrusy notes that enhance the flavor of chiles — which is why this dish is garnished with chile power or Tajín.

I’ve used a pressure cooker to cut down the time it takes to make this soup so you can make it from start to finish and serve in less than an hour; if you don’t have a pressure cooker, you can cook it in a regular stock pot on the stovetop and increase the cooking time by about 30 minutes. Reserve the chayote and hominy for the last 15 minutes of cooking so they don’t get mushy. 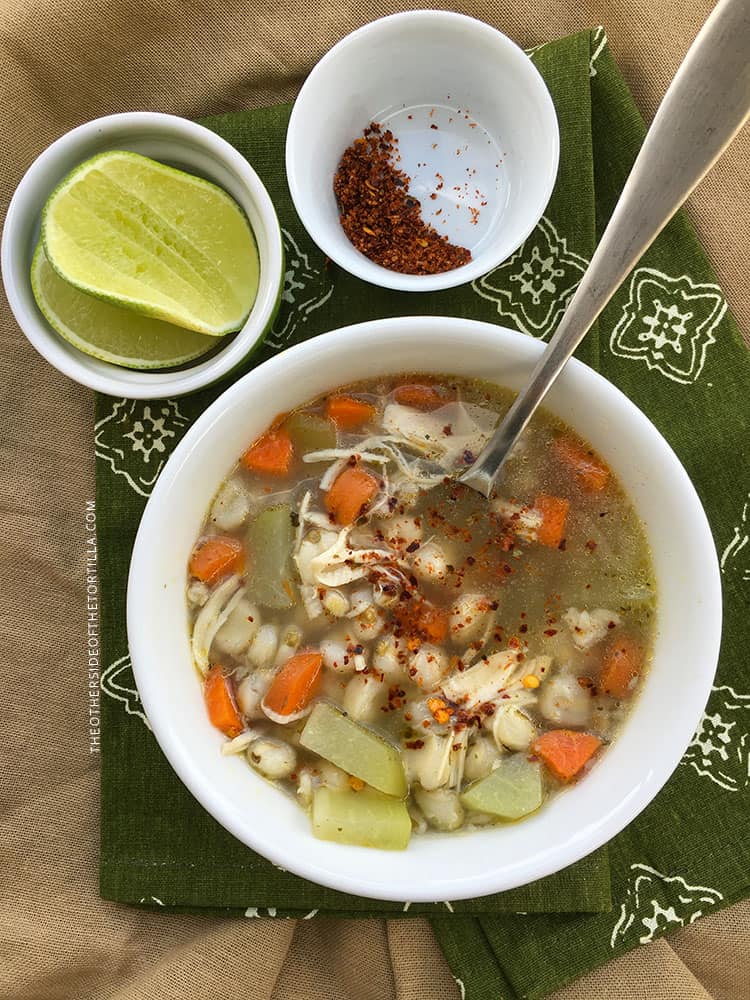 Make this hearty Mexican sopa de pollo with carrots, onion, Mexican oregano, chayote, hominy, barley and finish the flavor with lime juice and a sprinkle of chile powder! Mexican chicken soup for everyone!