This modern version of Rosca de Reyes has only one topping: everyone’s favorite crunchy sugar crust!

If your family is anything like mine, certain family members clamor for the piece of rosca with the sugar crunch topping every Día de Reyes. There’s never enough pieces for all the people who want that addictive crunch, and somebody is inevitably disappointed they had to eat a piece without it.

END_OF_DOCUMENT_TOKEN_TO_BE_REPLACED

Polvorones are also known as Mexican wedding cookies and are a tender shortbread cookie made with chopped nuts and topped with powdered sugar.

These crumbly, buttery shortbread cookies known as polvorones or Mexican wedding cookies melt in your mouth. This particular recipe was passed down from my grandmother and one that my family enjoys every year between Christmas and Día de los Reyes Magos. I especially love to eat them alongside a mug of ponche navideño, champurrado, or spicy Mexican hot chocolate. These are also delicious to eat with rompope, the Mexican version of eggnog!

The origin and many names of Mexican wedding cookies

These cookies, in general, are often referred to as having European origins, and many versions exist.

The Moors brought a type of these cookies to Spain when they occupied the country from the 700s through the 1400s. When Spaniards settled in Mexico, nuns who traveled to the new world brought their knowledge of these cookies as well, and that’s how polvorones became known in Mexico as beloved convent sweets.

END_OF_DOCUMENT_TOKEN_TO_BE_REPLACED

Orejas, also known as palmiers, are a puff pastry cookie and kind of pan dulce commonly found in panaderías all over Mexico.

Pan dulce was made popular during the French occupation in the mid 1800s, and as Mexican President Porfirio Díaz was considered to be a Francophile, French influence on Mexico’s gastronomy was allowed to grow from the time Díaz first took control as president in 1880 and flourish into the early 1900s. 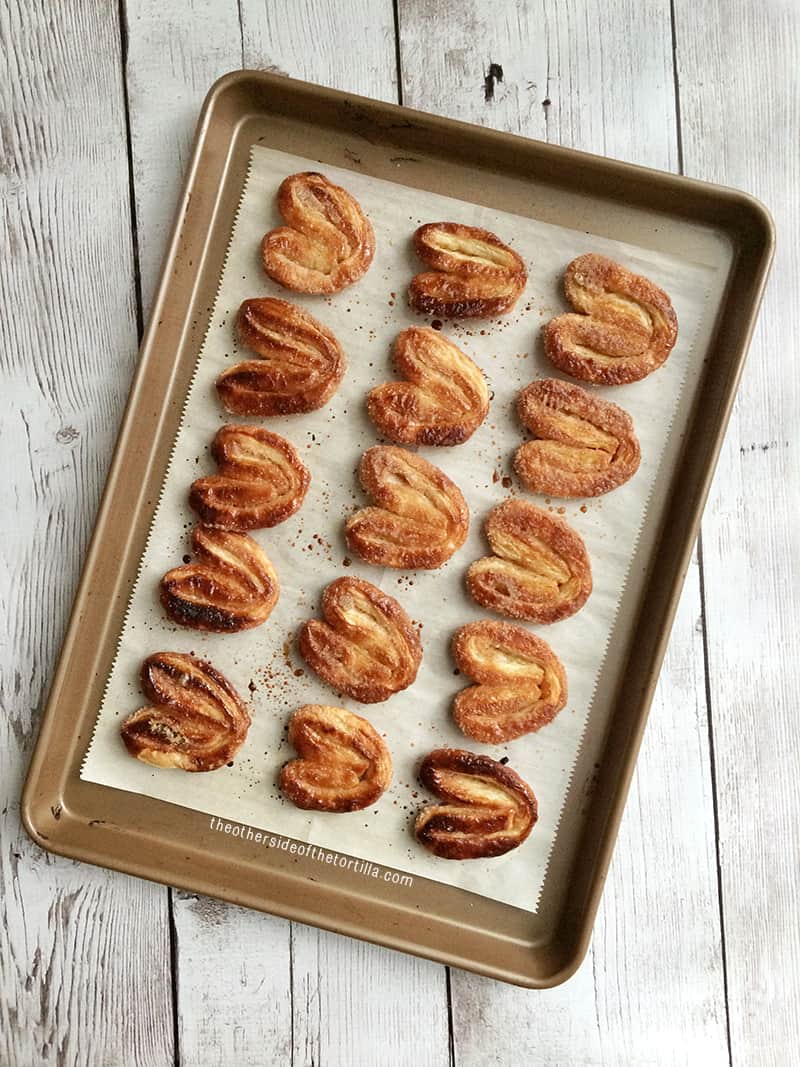 In 1911, Díaz left Mexico to live in exile in Paris when Madero became president; he would live there for four years before he died in 1915. And although Díaz died in exile, the French pastries and sweet breads adopted by Mexico morphed into uniquely Mexican creations, with a variety of shapes, textures and creative names that still exist today.

Pan dulce can encompass pastries, sweet breads and even cookies. Other popular kinds of pan dulce include conchas (circular sweet rolls with a sugary, crunchy, crumbly topping made of flour, confectioners’ sugar and butter or vegetable shortening, and shaped to resemble a seashell), sweet empanadas, mantecadas (similar to pound cake, and shaped like muffins or mini loaves), cuernitos (croissants), and puerquitos or marranitos (pig-shaped cookies). Of course, these are only a few of the most popular and common kinds of pan dulce. Some types have a directly translated name from the original French name, but others have more creative names in Spanish.

Orejas are a staple at my house and I often make a batch to enjoy with a cup of coffee throughout the week, to take to work for a breakfast meeting, or when I need to drop off something easy for a bake sale or party. Some of my other favorite variations include churros, garibaldi, and rieles (mini strudels with a fruit or cheese filling and coarse-grain sanding sugar). 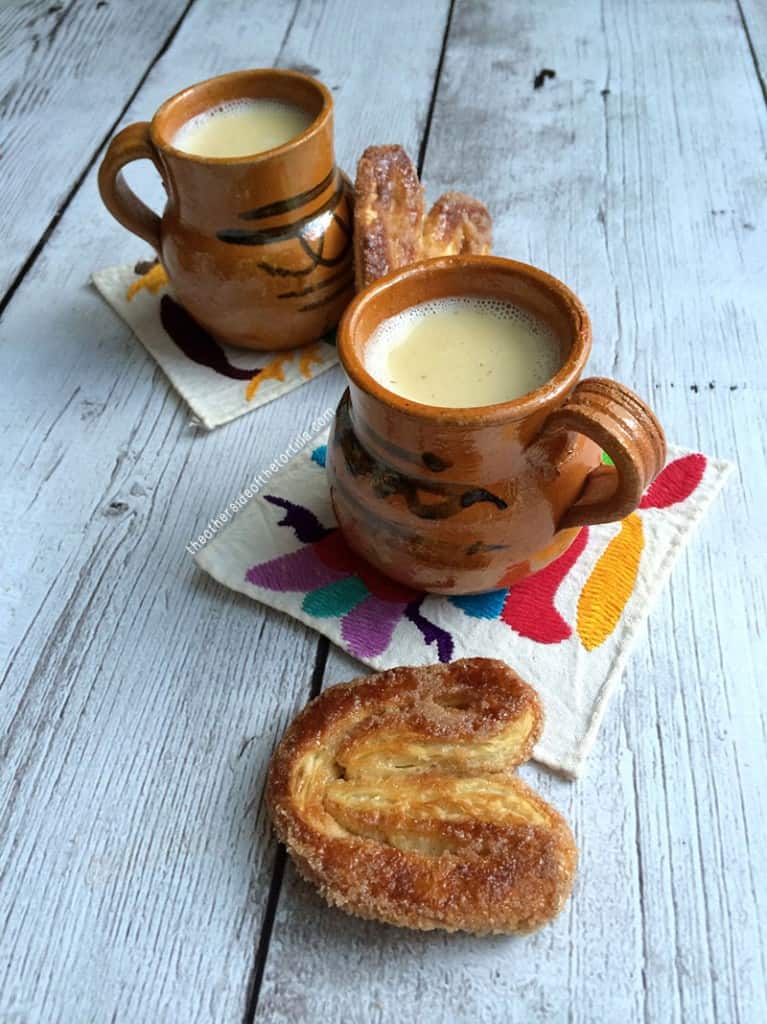 Orejas are made by spreading cinnamon sugar on both sides of a sheet of puff pastry, then rolling the puff pastry with a rolling pin to press the cinnamon sugar into the pastry. Then, the pastry is folded and sliced, and baked at a high temperature so the sugar caramelizes and creates a sort of glassy sugar glaze on the pastry dough.

Although every Mexican panadería is a little different, it’s guaranteed you’ll always find orejas. But you’ll feel like a fancy pastry chef and a little bit like a rock star when you make them on your own—and you’re likely to impress people who have no idea how easy they are to make! 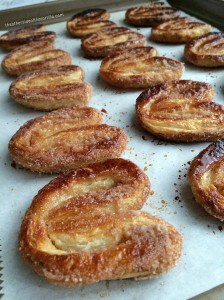 One of Mexico's most popular kinds of pan dulce.

Recipe prep and cook time does NOT include 45-60 minutes of inactive prep to defrost frozen puff pastry sheets.