Frijol con puerco is a popular dish from the Yucatán area of Mexico and is considered a guiso, or stew. 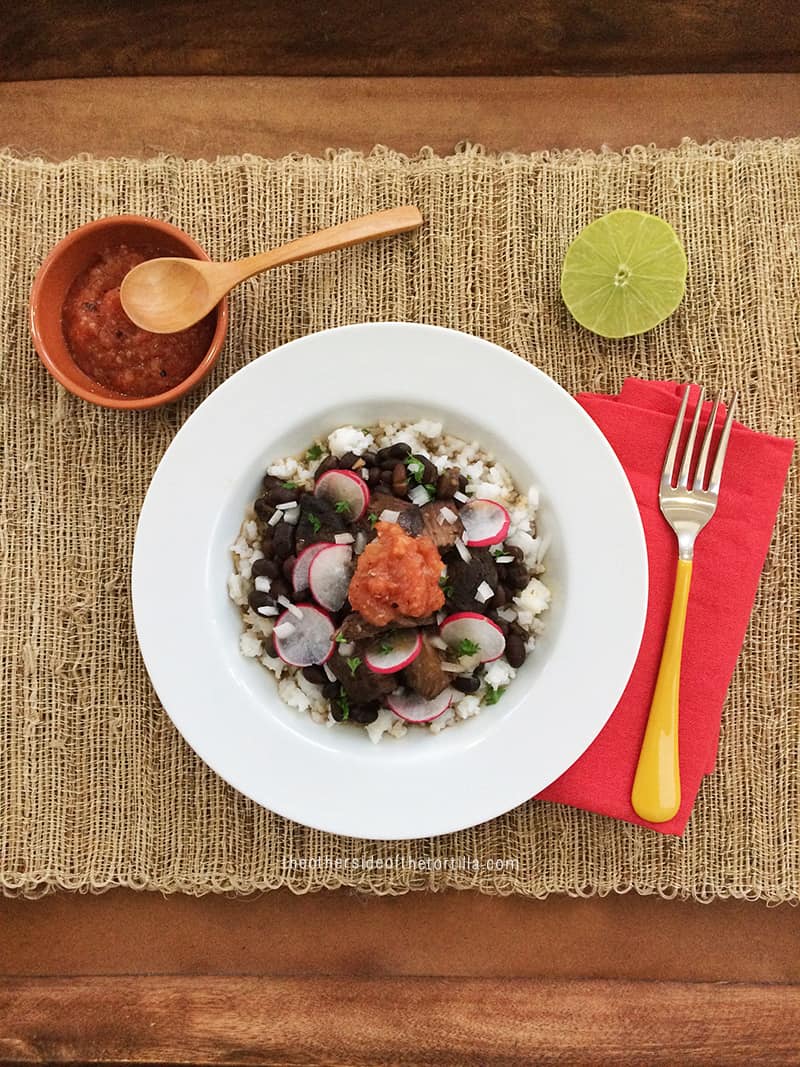 This post is part of a compensated campaign with the National Pork Board but all opinions and the recipe here are my own.

I like to use boneless country-style ribs for this dish, as they typically are very meaty and juicy. This cut comes from the sirloin or rib-end of the pork loin.

Traditionally, this dish was sometimes also made with the tail and ear as well. However, in modern times, it’s become more common to see the dish made without it. This recipe was originally taught to me by a family friend in 2009 and I’ve since adapted it to my own style.

There are a few common ways that frijol con puerco can be served:

Starting with a cup of bean broth, with some beans in it as an appetizer or first course, with some of the garnishes. The pork is then served on a separate dish over a bed of black beans and rice. Garnishes that accompany the broth and the main dish consist of slices of lime, sliced radishes, diced onion, cilantro, chiltomate, and sometimes sliced avocado and diced habanero chile.

Or, the dish can be served with the rice and beans on the bottom, the pork over the beans, dressed with the broth and then garnishes and chiltomate on top. Some people also like to smash the tender pork meat with a fork and then add the broth and garnishes — this method is referred to in the Mayan language as “puuch,” which in all practicality means to squash or crush.

In my house, we’re accustomed to serving it the second way, with a generous helping of broth over the pork so it’s more like a traditional stew. Because of this, you’ll want the beans to be like a soup when they are done. So, if you open the cover when they’re finished cooking and they’re dry, just add more chicken broth, a half cup at a time. I sometimes open the pot halfway through to add more liquids, so they cook down and condense the flavor. You can use chicken broth or water; I think the chicken broth makes for a more flavorful broth.

You’ll need a pressure cooker for this recipe. 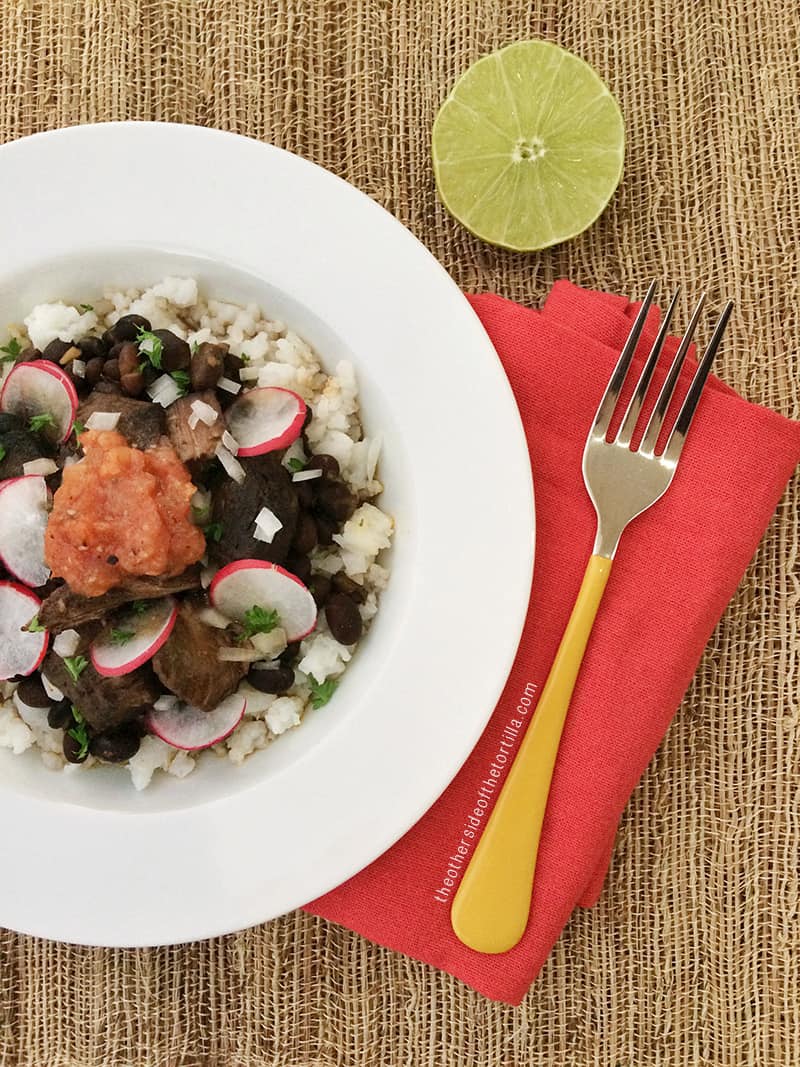 A traditional pork stew from the state of Yucatán, Mexico, served over black beans and rice and accompanied by limes, sliced radishes, cilantro, chopped onion and chiltomate, a habanero chile and tomato salsa.