Mexican marzipan, known as mazapan, is perhaps one of the simplest candy treats to make. After all, it’s typically only got two ingredients: ground peanuts and powdered sugar. Earlier this week, a friend at work brought me a bag full of mazapanes from her cousin’s trip to Mexico. He had given her too many and so I offered to take some of them off her hands. This simple, traditional candy reminds me of my husband’s abuelita Ana and her sweet, sly smile when she talked about her favorite foods. Her eyes twinkled and she would get this contagious grin that started on one side and slowly spread across her mouth, as if she knew the world’s best secret. 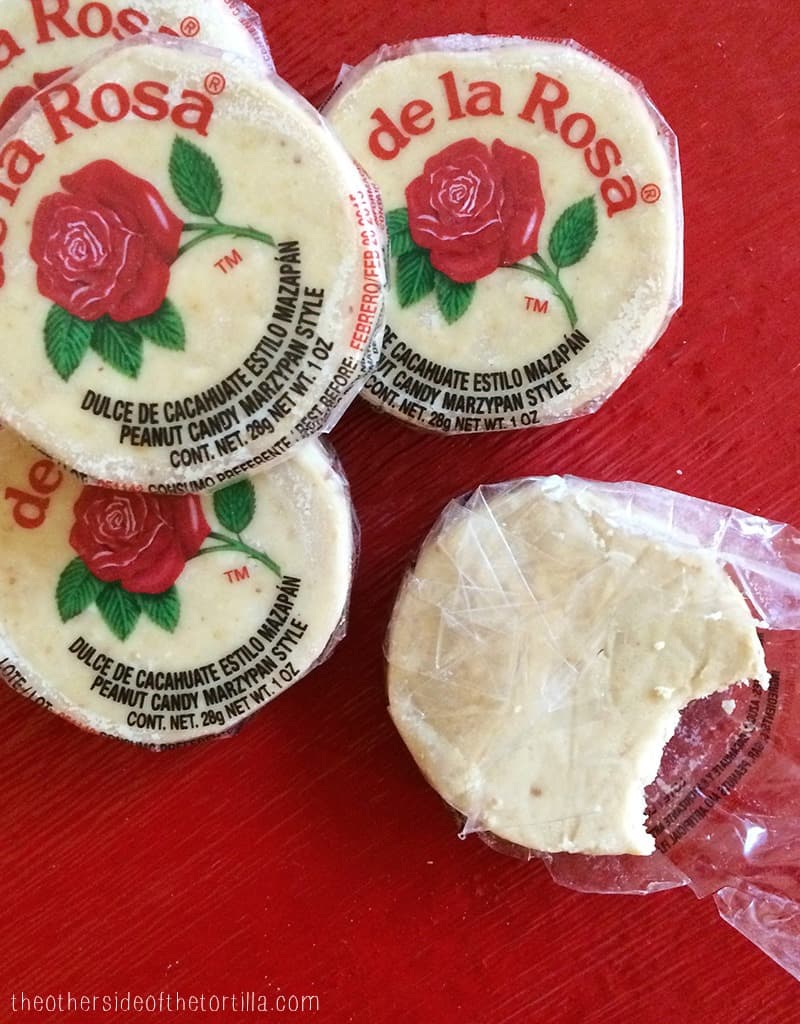 When she passed away a few years ago, we made the trip with the rest of our family to Aguascalientes, where she and abuelito Pepe had moved after the 1985 earthquake in Mexico City. We hopped on the first flight down that we were able to get on that same day in order to spend the night in Mexico City and get the first flight to Aguascalientes the following morning. There were no direct flights there from Chicago, where we lived at the time, so there were no other options. Those 36 hours were mostly a blur of tears, phone calls, suitcases, airports and arriving at the funeral parlor. I can’t recall whether it was the day of her funeral or the day after, but we gathered in her house late one afternoon and helped look through some of her things to determine what was of value, what trinkets each of us could take to remember her by, what would need to be sold, and so on. I’ll never forget when my sister-in-law and I cautiously opened her nightstand drawer. It was a peculiar kind of feeling, with a tinge of shame, not knowing what to expect  or how you are supposed to feel as you are about to violate the privacy of someone who has passed away and cannot be embarrassed by whatever it is that you find. Inside the drawer were mainly typical personal items that a grandma would keep in her nightstand, such as photos and prayer cards, but also about a dozen mazapanes. It was one of her favorite candies, she once told me, and we had obviously found her private stash. For a brief moment, we giggled through tears that she had hidden her candies with some of her most personal possessions.

From then on, whenever I see peanut mazapan candies, I think of her.