In September, I went on a quest for some new decorations to add to my altar for Día de los Muertos. I headed to the National Museum of Mexican Art in Chicago’s Pilsen neighborhood, where I also do most of my grocery shopping in the Mexican markets. The Tzintzuntzán gift shop at the museum never disappoints me and this time was no exception. I’ll be sharing more photos in a few days from the museum, which also has a Día de los Muertos exhibit running through December 16, but here’s a photo of the little Catrinas that I bought to place on my altar.

They’re modeled after Mexican artist José Guadalupe Posada’s la calavera de la Catrina and stand about three inches tall, not including the little feather plume that sticks out of the hat. 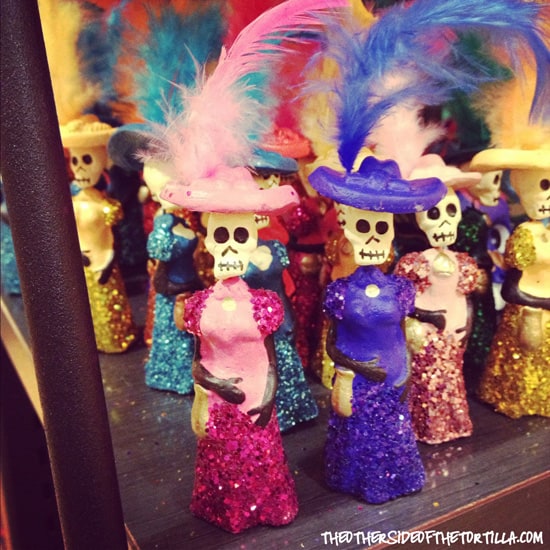