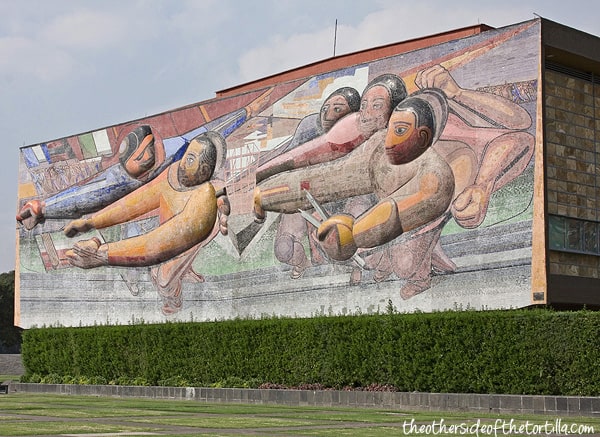 A few years ago on a trip to Mexico City, I had the pleasure of working with the United Nations Educational, Scientific and Cultural Organization (UNESCO) at the Universidad Nacional Autónoma de México (UNAM) to document photos of the campus for a UNESCO project. If you’re not familiar with UNAM, the university is the oldest in the Americas (it was founded in 1551) and its main campus (Ciudad Universitaria) is recognized as a World Heritage site by UNESCO. This is definitely a cool place to visit if you travel to Mexico City.

One of my favorite things about the campus is the amount of public art incorporated into both the buildings and open spaces. And I especially love the murals created by some of Mexico’s most famous artists. 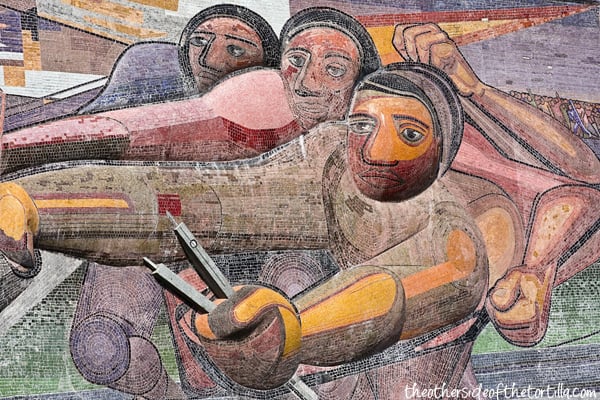 During my visit, I got to spend some time up close to one of the murals that I’d only before ever seen in photographs—“El Pueblo a la Universidad y la Universidad al Pueblo” by David Alfaro Siqueiros on the side of the Torre de Rectoría.

Aside from his art, Siqueiros (1896-1974) was also known for his politics. In 1944, he established the Centro de Arte Realista with the intention of carrying out new experiments in the field of painting and graphic arts. He was responsible for numerous important murals in the ’40s, ’50s and ’60s.

His political activism seeped into his art, including notable works such as the Portrait of the Bourgeosie mural at the Mexican Electricians’ Union, “Del porfirismo a la Revolución” at the Museum of National History, “La Marcha de la Humanidad” and the Polyforum Cultural Siqueiros on Avenida Insurgentes, and his work on the UNAM campus in the 1950s.

Siqueiros, a social realist artist, was considered one of the three greats of Mexican muralism, alongside Diego Rivera and José Clemente Orozco, and the three were all active in the Mexican Mural Renaissance from the 20s through the 50s. 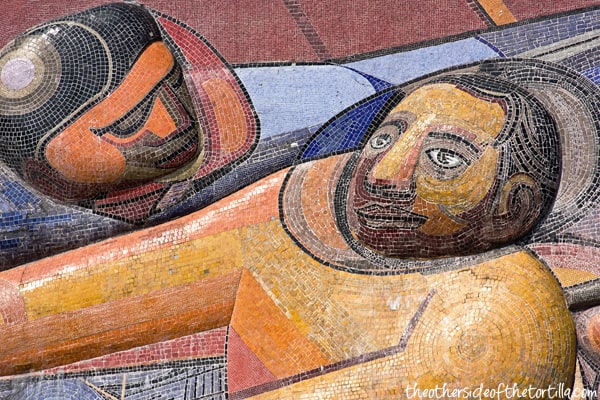 The socio-political commentary of the piece is that the working class is essential to the formation of Mexican society. The central points of the work are Mexican society, represented by the people, the middle class represented by the university and the student, and the working class represented by the worker. The student, upon finishing his studies, presents his knowledge in the form of a book given to society. The interesting part about the work, according to the artist, is that the book was based on the experiences of the worker, and not of the student himself; rather, what the student studied.

I was utterly fascinated learning more about this piece after having photographed it and only seeing it in books. Thank you to the UNESCO office at UNAM and to the university’s Coordinación de Difusión Cultural for sharing their resources to teach me more about Siqueiros’ work.