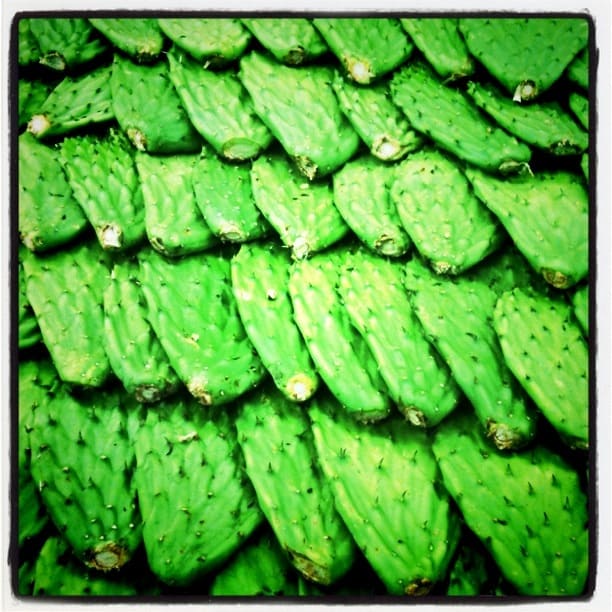 I saw these nopales (known as cactus paddles in English) in the grocery store last week and they were just asking to be photographed! It reminded me also that it’s been awhile since I’ve had ensalada de nopales from one of my favorite places so I think I’ll have to make a trip this weekend. The place where I like it from opens very early in the morning and they usually sell out by noon. I’ll post pictures next week if I can make it there on time!