In Mexico, as well as other countries in Latin America, aloe gel (also sometimes referred to as aloe crystal) is used externally for a variety of skin ailments as well as consumed for its curative health benefits, especially for stomach and digestive ailments. Aloe gel or crystal comes from the meat of the leaf, and is easy and inexpensive to extract yourself at home. In Spanish, aloe vera is called “sábila” or “áloe,” and is sometimes misspelled as “sávila.” In Mexico, it’s most commonly referred to as “sábila.”

Aloe vera juice is said to help maintain healthy digestion, and can also help regulate blood sugar, reduce inflammation, reduce acne eruptions, as well as many other health benefits, and is a good addition for those who are conscious of an alkaline diet. 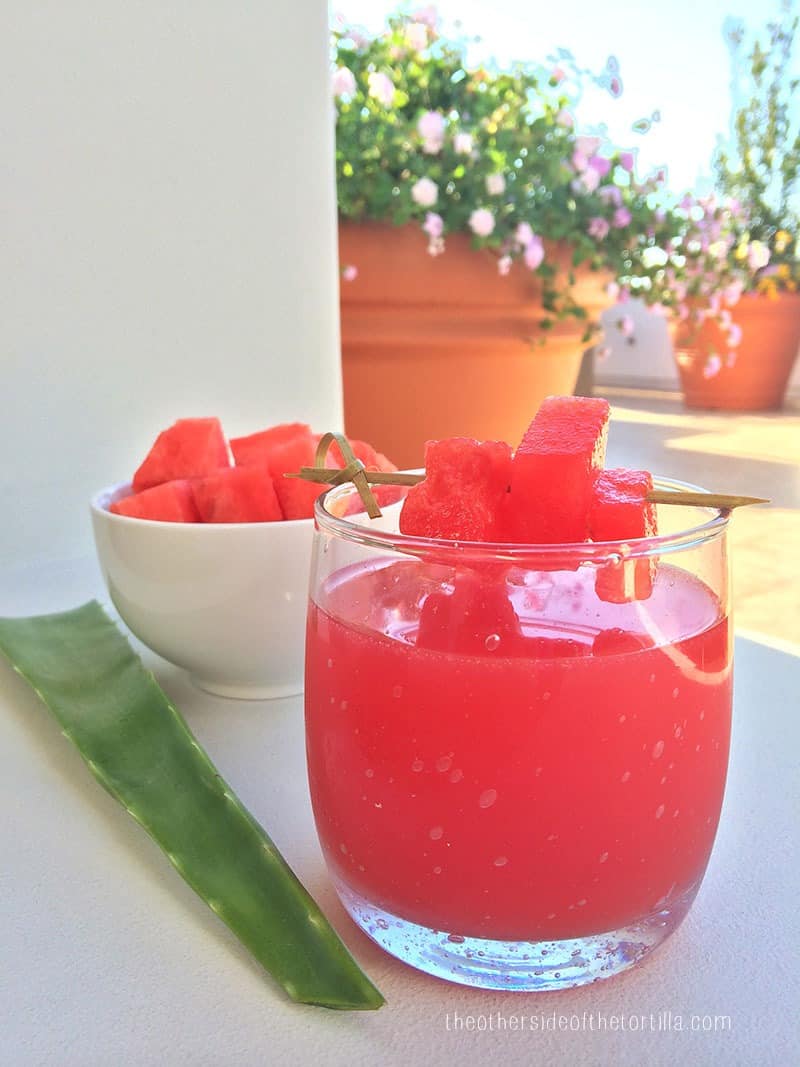 My Tío Eduardo swears by homemade aloe vera juice for digestive ailments. Homemade aloe juice is both easy and inexpensive to make—a single large aloe vera leaf in the produce section of most grocery stores in the U.S. should cost between 99 cents and $2 or $3. If a single leaf is $3 or more, it should be very large and heavy, otherwise check another store for a better price. Most Mexican or Latin American markets will carry them. Aloe leaves available in grocery stores are typically about 4-4.5 inches wide at the base, 22-24 inches long and about 1 inch thick.

END_OF_DOCUMENT_TOKEN_TO_BE_REPLACED

Watermelon and red prickly pears are one of my favorite fruit flavor pairings. This summer I’ve been making a combination agua fresca with both flavors, and I started modifying my agua fresca recipe to turn them into paletas (er… Zokuletas). While mixing them together and pouring straight into my Zoku Quick Pop Maker for a quick and tasty treat, I found that I enjoy them much more when they look pretty too. I love making these layered pops for a refreshing snack on a hot day. 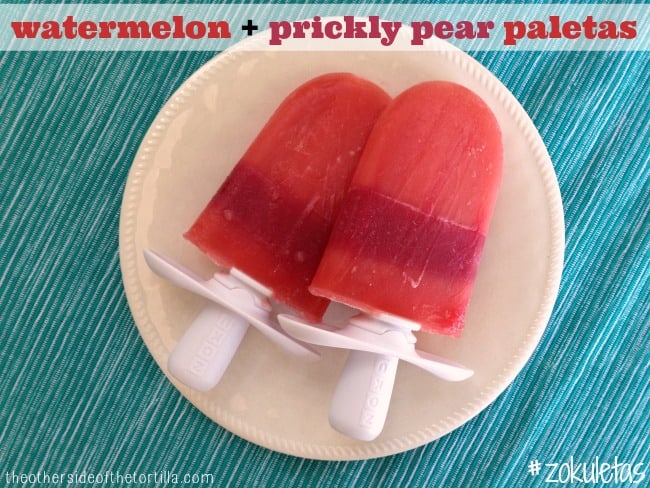 If you don’t have the Zoku Quick Pop Maker, you can also use a popsicle mold with 2-ounce pops (affiliate links to El Mercadito, The Other Side of The Tortilla’s Amazon aStore); you’ll just have to wait longer for the layers to freeze before you can add another layer….

END_OF_DOCUMENT_TOKEN_TO_BE_REPLACED 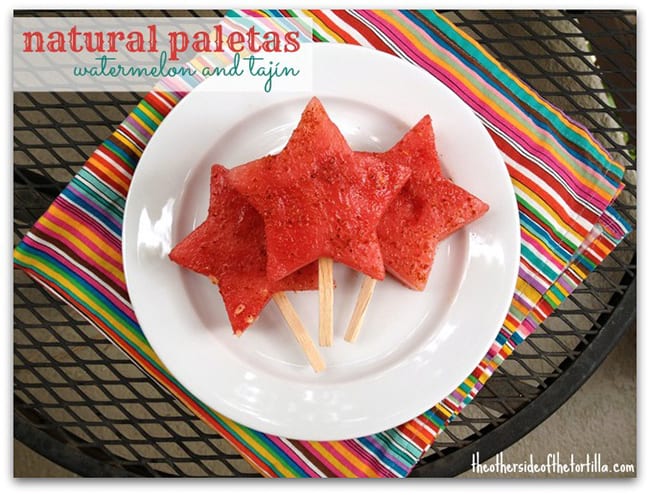 Every kid I know loves paletas—and every mom I know wants to reduce the amount of sugar in their kids’ diet. With summer upon us, I’m already seeing watermelon everywhere in the farmers markets and grocery stores. I love watermelon and would eat it for three meals a day if I could, so I’ve been getting more creative with how to use it. These are especially great on a really hot day! A bonus: Because these natural paletas aren’t like traditional popsicles, they’re much less likely to drip and stain clothing if that’s an issue with your kids.

And you don’t need to have kids to enjoy these simple paletas! You can honor your inner child or summer cravings for a popsicle with a healthier twist. For those with diet restrictions, these paletas are gluten-free, dairy-free and vegan-friendly. This “recipe” isn’t really a recipe; I like to think of it more as a healthy tip I’m passing on to you. Don’t discard leftover pieces that don’t make the cut: Sprinkle Tajín and squeeze a little lime juice on it for a snack, or cut them into bite-sized pieces and freeze to use as watermelon ice cubes to flavor your water….