END_OF_DOCUMENT_TOKEN_TO_BE_REPLACED

Since moving to Los Angeles in 2013, we’ve eaten a lot of tacos. There aren’t a lot of places where we’ve returned to eat twice, but one place I like is Lotería Grill—specifically their location at the LA Farmers Market. It has a taco stand feel, the hustle and bustle of an open air market, a whimsical lotería board wall and the tacos I’ve eaten there are consistently good. I recommend this taco de carnitas, pictured below, which is made with Michoacan-style carnitas, salsa de chile morita (which is really not that spicy—although it says spicy on the menu—but is perfectly smoky), and is garnished with a slice of avocado, onion and cilantro. A few weeks ago I enjoyed lunch here with some girlfriends and couldn’t resist snapping a few photos to share.

END_OF_DOCUMENT_TOKEN_TO_BE_REPLACED 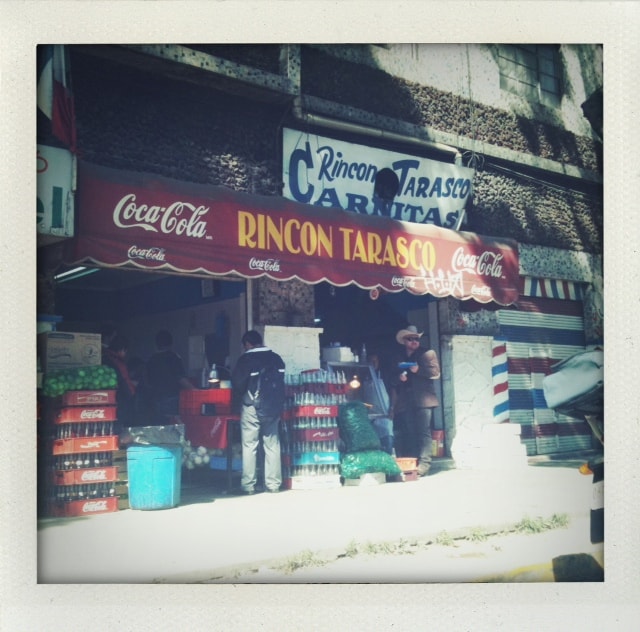 I’m not about to challenge his ruling (after all, he is the king of carnitas), and though I’ve not eaten them in every state yet, I will say that Rincón Tarasco has the best carnitas I’ve ever eaten in my life.

Be sure to get there plenty early, though, or else risk them having nothing left but riñones. They’re only open until they sell out of everything and then they close to prepare for the next day all over again.

Those truly dedicated to their carnitas know to show up around 10 a.m. to have the best pick of available meat. They’re closed on Tuesdays.