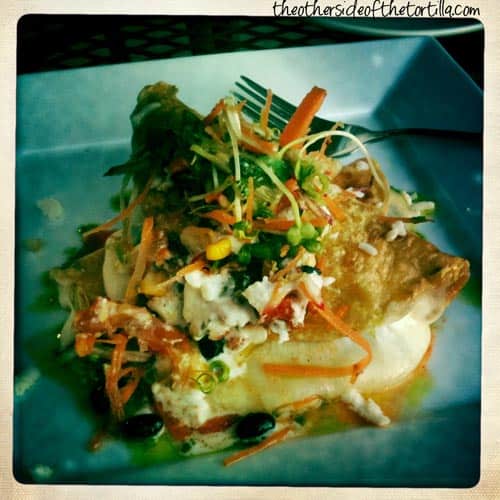 Over the weekend José and I had dinner at Fogón, an upscale Mexican restaurant that opened this spring in a neighborhood near where we live. I’ll write more about it another time, but I had to share a photo of this earthy-tasting, perfectly over-stuffed quesadilla I ate as an appetizer—it had cheese and huitlacoche (also known as corn smut or corn truffle), epazote, salsa rustica with black beans and was topped with a small dollop of creme fraiche and light greens. It’s the culinary equivalent of black gold! (More on the topic of huitlacoche soon, I promise!)