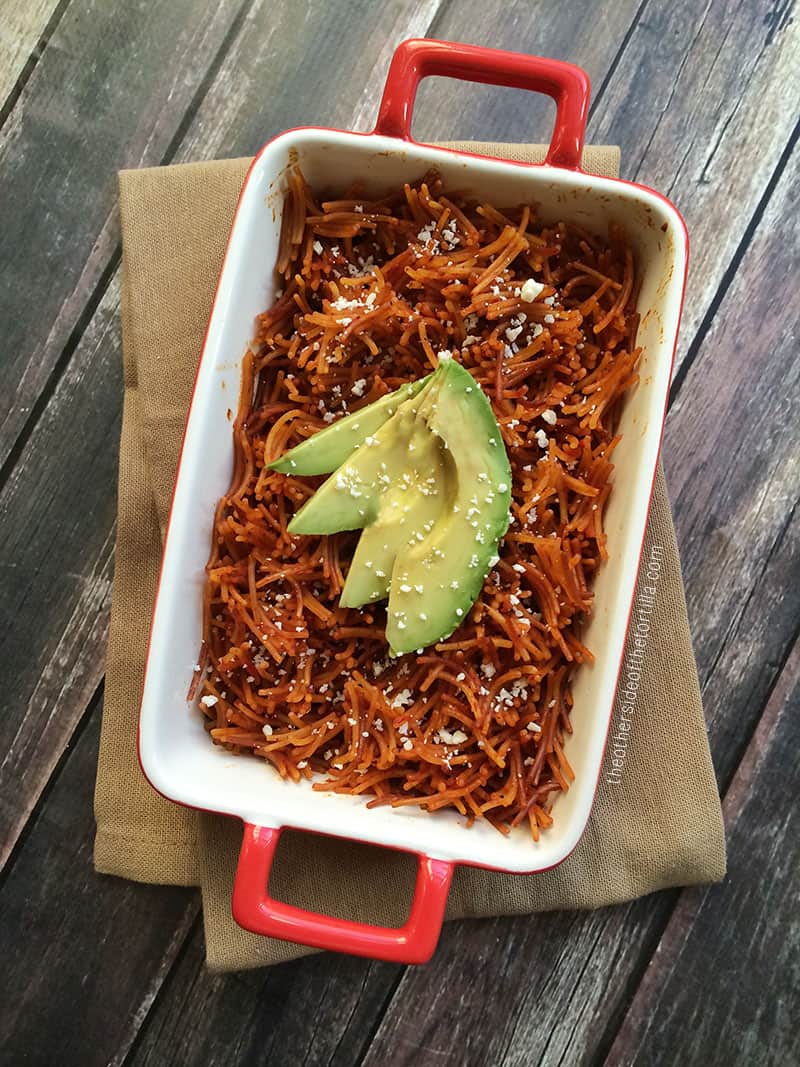 This post is part of a compensated campaign in collaboration with Barilla and Latina Bloggers Connect, but the recipe and all opinions here are my own.

Fideo seco is a Mexican pasta dish traditionally made with either chipotle chile alone, or a mix of three chiles: chipotle, guajillo and pasilla. When made with three chiles, the dish is known as fideo seco a los tres chiles. This simple version uses only chipotle chiles in adobo sauce, and requires minimal effort and easy cleanup.

What makes this dish different than any typical pasta dish is that the pasta is first fried, which brings out a somewhat nutty flavor in the pasta, and then is soaked in a tomato-chipotle puree to absorb the flavor. It’s cooked by baking in the oven, and when finished, the consistency is moist but not soupy.

Fideo seco can sometimes be a spicy dish, but this recipe is not too spicy; if you prefer yours on the spicy side, you can add one additional chipotle and another tablespoon of adobo sauce. You should still remove seeds and veins from the chile if you decide to add one more, as the seeds and veins are where most of the chile’s heat comes from.

I’ve used Barilla’s fideo cut in this recipe, which is a cut familiar to any Mexican or Mexican-American family—it’s the same cut used in sopa de fideo, a tomato broth soup with noodles. Barilla’s superior quality pasta means your fideo won’t stick or clump, and has a flavor that complements this traditional Mexican dish.

The best garnishes for this dish include avocado and crumbled cotija or queso añejo. You can also add cilantro for a touch of color. Some people also like to garnish with crema mexicana or julienned chipotle chiles. 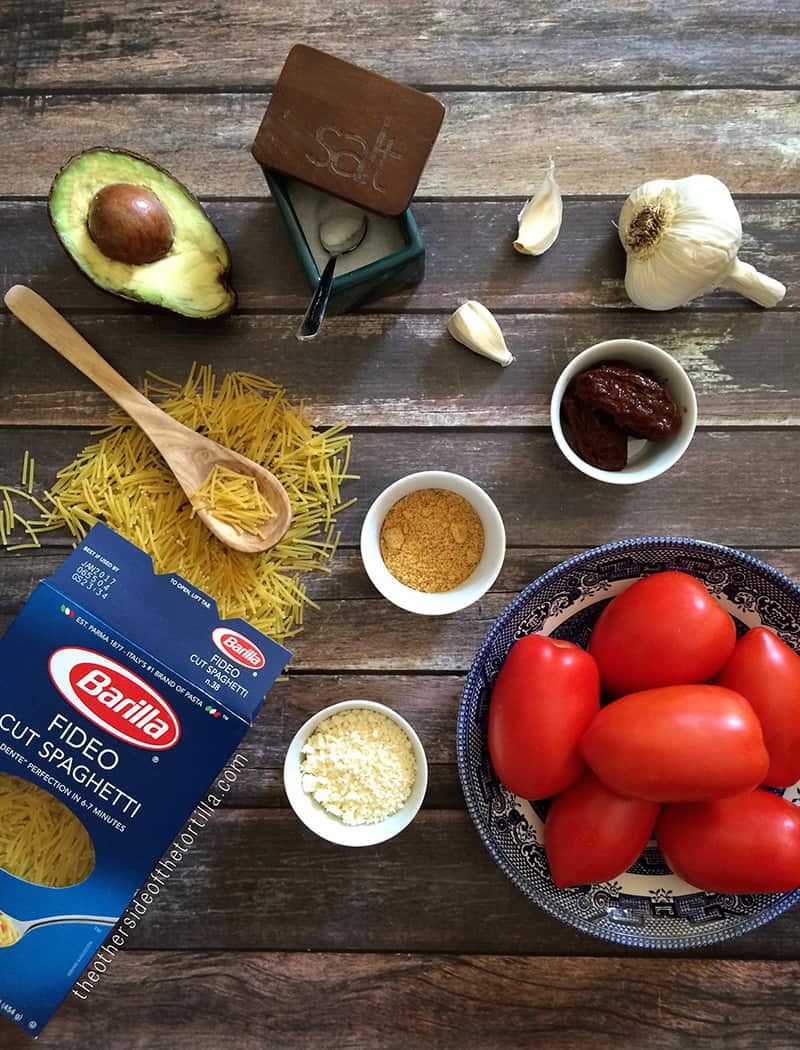 Fideo seco is a Mexican pasta dish made with chipotle chile and a tomato base. The sauce soaks into the pasta, giving it a moist but not soupy consistency.

Prep time includes 15 minutes of inactive prep while the sauce soaks into the pasta before baking.

For more recipes and tips, visit barilla.com or in Spanish at pastaatuestilo.com.