These horchata popsicles are a spin on Oaxaca-style horchata, which usually includes diced cantaloupe and red prickly pears that give it it’s signature pink hue. In Oaxaca, this kind of horchata is commonly referred to as horchata con tuna. Some people even like to throw in chopped pecans and a sprinkle of ground cinnamon as a garnish. Horchata has always been one of the most popular recipes on The Other Side of The Tortilla, so I thought I’d share a popsicle version that my family loves to eat.

This recipe for horchata popsicles is gluten-free. 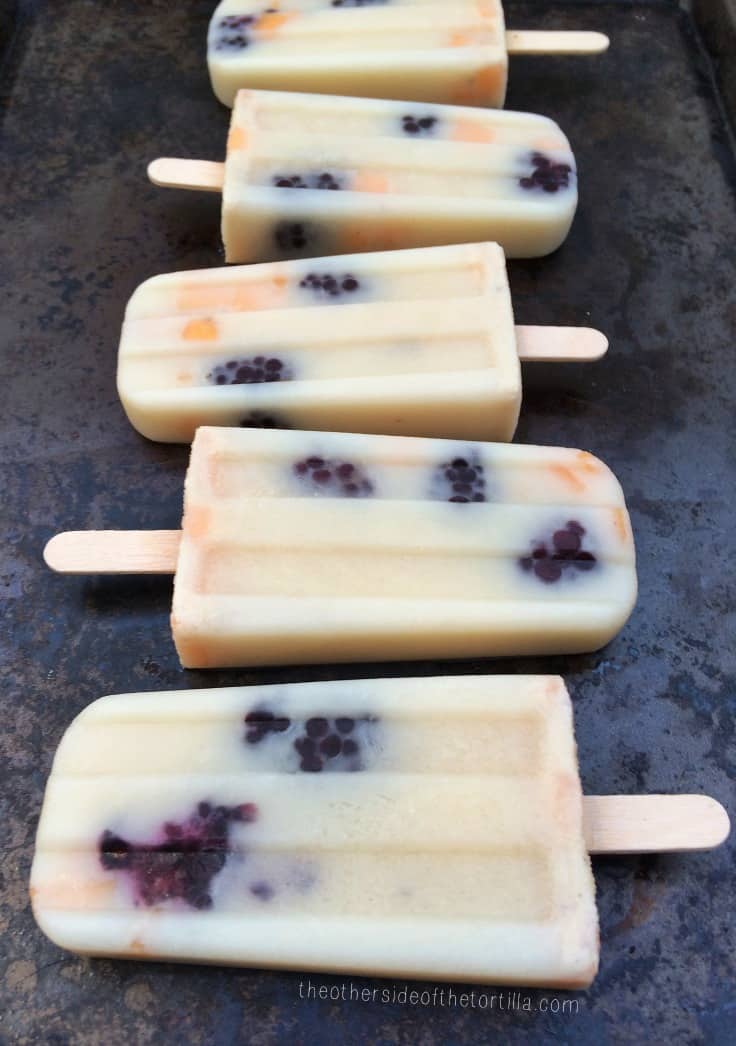 I’ve used blackberries instead of red prickly pears because they’re in season all summer and through the beginning of autumn in some parts of the United States. Red prickly pears, known as tunas rojas in Spanish, are at peak availability typically starting in August and through the fall, and are not available in all areas of the United States. This way, you can eat these paletas all summer long!

You can get a colorful effect similar to horchata con tuna in your horchata paletas with blackberries if you break some of the berries to let them bleed a bit, and macerate them with a little bit of sugar to draw out the juices. By layering the cantaloupe first in the popsicle molds, then a few blackberries on top, it prevents the diced cantaloupe from all floating to the top of the mold—this way, the cantaloupe stays more toward the top of the popsicle and only a few pieces float to the top. 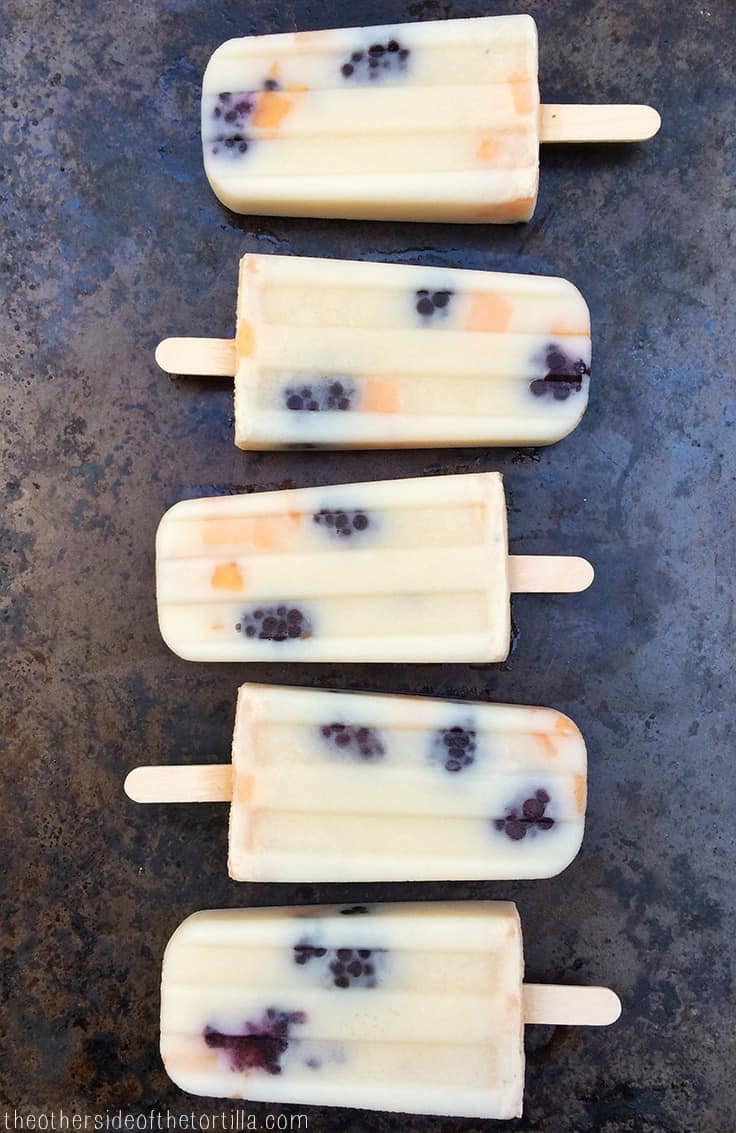 Prep and cook time does not include freeze time. Freeze popsicles in molds for 6-8 hours or overnight before serving. If needed, run the molds under lukewarm water to loosen the popsicles.

Supplies I used to make this recipe, available for purchase in El Mercadito, my Amazon store:
Progressive International Ice Pop Mold
Wooden popsicle sticks
(These are affiliate links and I receive pennies on the dollar for purchases made through my store.)