This vegan banana chocolate smoothie recipe is a creation I’ve been drinking over and over again for the last few weeks. I love experimenting with Mexican ingredients that aren’t necessarily always in traditional Mexican dishes. Cacao has been harvested and consumed in its raw state by ancient cultures such as the Aztecs and Mayans in Mexico as well as some other Latin American countries for centuries. Today, it’s easy to find a variety of raw cacao powders commercially available and made by different brands; it’s often sold in health food stores and it’s easy and inexpensive to buy online as well. Raw cacao powder has plenty of health benefits in addition to the rich flavor it provides to any dish. It’s packed with antioxidants, and has high amounts of nutrients and minerals such as magnesium, copper and manganese.

This banana chocolate smoothie recipe is vegan, dairy-free, gluten-free and has no added sugar, but trust me when I say that you will feel like you’re committing a sin while drinking it. 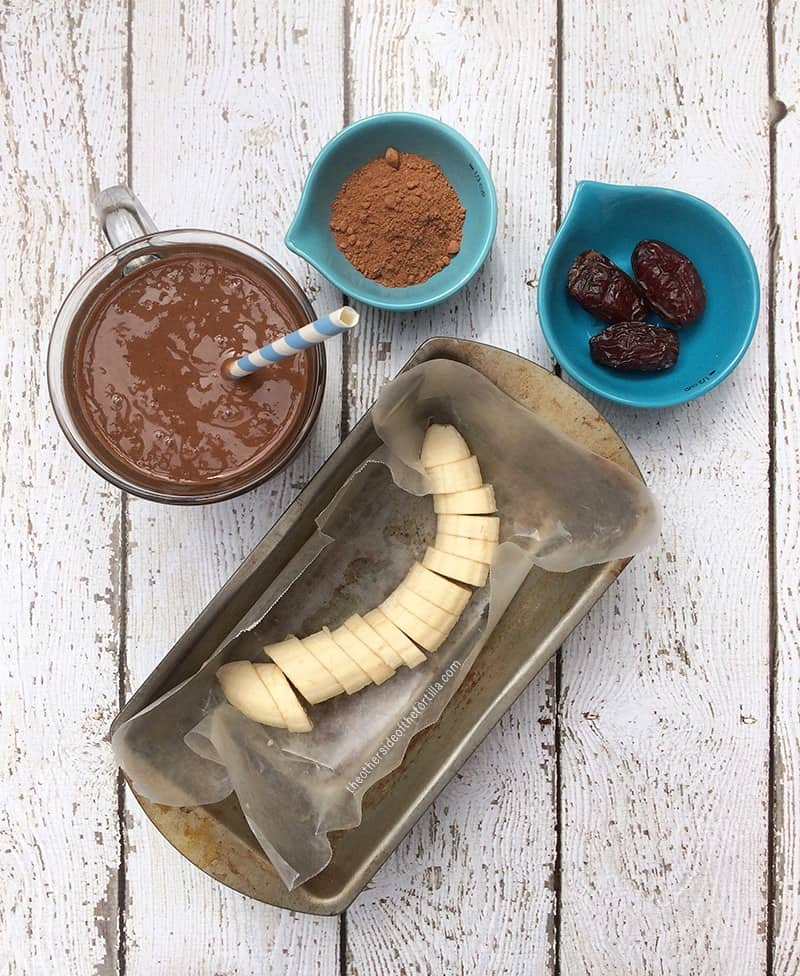