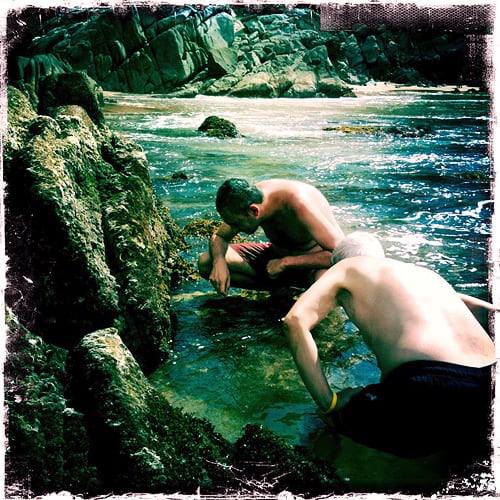 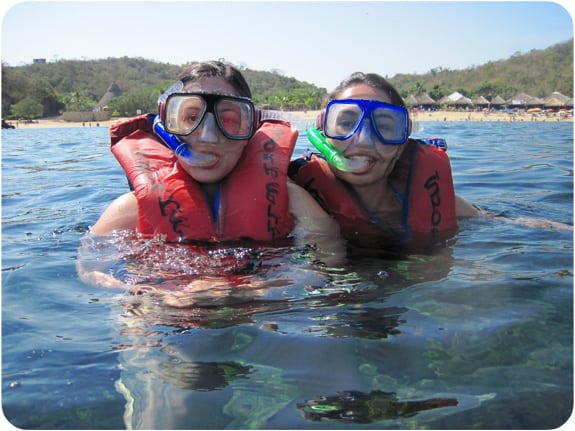 Snorkeleando in Huatulco with my new friend, travel and food writer Cynthia Fuertes, who is a friend of my cuñada‘s. Obviously, we had plenty to talk about! (And in case you’re wondering, yes, the verb ‘to snorkel’ is ‘snorkelear’ in Spanish.) We saw an amazing variety of colorful fish and other sea life; it was so stunning! It was Cynthia’s first time snorkeleando and she loved it, and my cuñada and I had fun showing her the ropes. Stay tuned for some underwater photos and video from our excursion soon.