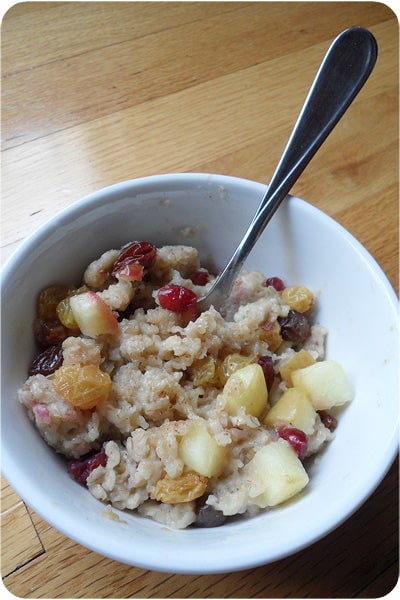 And for breakfast, there are so many healthy options. One of my suegro‘s favorites is avena con nueces o fruta y azúcar moreno, or oatmeal with nuts, fruit and a little brown sugar.  I’m a huge fan of oatmeal, but truth be told, I don’t like the instant stuff with the artificial flavors. Since I’m usually on the go in the morning during the week, I often have to prepare something the night before to take with me to assure that I get a good, healthy choice….