April 8 is National Empanada Day, and far be it from me to deny a day meant to celebrate these delightful pastries, savory or sweet. This is more of a kitchen tip than a recipe on how to make semi-homemade empanadas, but I’ve included proportions below as a guideline—though you should feel free to tweak to your liking with different fillings or cutting the dough to different sizes. Whether you’re looking to fool party guests,  need a quick potluck dish, or just want to make a snack or appetizer for your family, here’s my cheater’s guide to making empanadas, 30 minutes from start to finish. 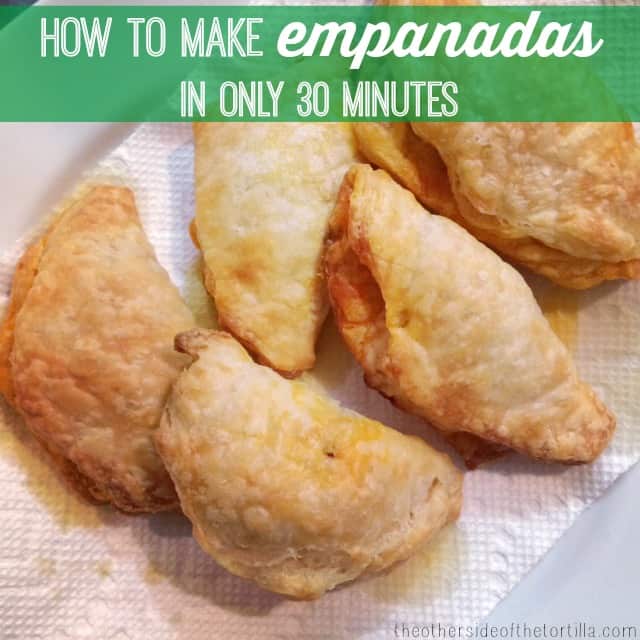 END_OF_DOCUMENT_TOKEN_TO_BE_REPLACED

Last summer, I traveled to Aguascalientes to visit José’s abuelita for her 90th birthday. And of the many things I discovered while visiting this centrally-located city (and state), I learned that antojitos are king! Antojitos are like the Mexican cousin to Spanish tapas.

This past week, the Mexico Tourism Board in Chicago began a campaign called “Share Mexico/Comparte México” to educate the public about each of Mexico’s 31 states and the Distrito Federal. Each week will promote a new state and I’ll be blogging about all the states that I’ve visited to share my experiences. The first week is all about Aguascalientes, and I’m so happy to have the chance to share some photos from my trip.

There are several typical antojitos that you’ll see on just about every menu in Aguascalientes. In any lonchería or cenaduría, you’ll find some version of each of these dishes:

Enchiladas estilo Aguascalientes’n – These enchiladas are filled with chicken and cheese, and the tortilla is bathed in a chile mixture and lightly fried (just enough to make it pliable) before they’re stuffed. Usually, they’re topped with lettuce, diced tomato, cheese and crema Mexicana, and served with a generous side of potatoes and carrots, sort of cooked hash brown-style….

END_OF_DOCUMENT_TOKEN_TO_BE_REPLACED 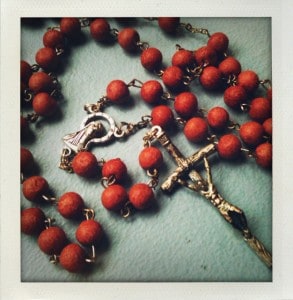 END_OF_DOCUMENT_TOKEN_TO_BE_REPLACED

If you hadn’t already heard, The Tortilla is turning into a traveling food blog for the month of December (and part of January)! I arrived here in Mexico City late Tuesday night, narrowly escaping blizzard-like conditions that hit Chicago shortly after my plane took off in the early afternoon. As I claimed my luggage, I began to feel a little trickle of sweat down the back of my neck. It’s been warm here, with highs in the upper 70s during the day (or around 25 degrees C if you use the metric system) and about 50 degrees F at night (10 degrees C). I’m not used to such warm temperatures in Mexico City in December because I usually don’t get here until Christmas Eve when it’s already chilly. Last year on Christmas Eve I remember wearing a winter coat.

Obviously, the first stop after leaving the airport was at a taquería for tacos al pastor. Knowing I had 10 more days ahead of me, most of which would end up taco-filled, I held back a bit and didn’t overindulge like I normally would. Last time I failed to pace myself with the tacos, I ended up with a case of killer indigestion that only a box of Onotón and some Melox could subdue.

Wednesday was my birthday, and if you’ve been a reader long enough you’ve probably already guessed I went to one of my favorite places for sopa de tortilla, La Guadiana in San Ángel. I also was treated to some delicious taquitos de chicharrón prensado and Sábana Azteca, a very thin piece of steak over a bean sauce, covered with cheese and topped with rajas con crema. I was in heaven.

While here, I’ve been dreaming up what recipes to share with you in the coming months. I’m working on learning a few holiday recipes from my suegra–including one of my favorites, ponche Navideño. It’s a Christmas fruit punch, served warm. The recipe comes from José’s abuelita.

For lunch yesterday, we made empanadas with a picadillo de carne molida (ground beef) that had jitomate (red tomato), cebolla (onion) and chile. Thought we cheated and used pre-made dough, they tasted just like they were made from scratch. I’m in the process of obtaining and translating the recipe, which I hope to share here very soon. In the meantime, here’s a sneak peek of what they look like:

I’ll be posting more soon from Mexico once I’ve got more photos and stories to share. ¡Hasta luego!