When you write a blog about Mexican food and travel within Mexico, you’re bound to be asked for recommendations by… well, EVERYONE. I’m talking family, friends, coworkers, friends of friends, blog readers, complete strangers—it really runs the gamut. But it’s a true source of joy when you share Mexico travel tips with people, and they send you thanks in the form of a video, a photo, a tweet (or whatever else) to let you know they’re thinking of you and appreciate a recommendation that has improved their experience while visiting Mexico.

In the last week, I’ve received two such messages that I wanted to share.

Several years ago, I mentioned to my friend Ramon and his wife how much I love El Globo, a bakery chain that makes one of my favorite kinds of pan dulce—garibaldi. They’re a little upside-down poundcake-like treat that’s bathed in (usually) apricot jam and rolled in white nonpareils. You can even make garibaldi at home with my recipe. A few days ago, while they were in León, Guanajuato, they sent this video while visiting an El Globo location there.

A few weeks ago, another friend told me she’d be traveling to Mexico City on business and needed some recommendations for places to go for breakfast and dinners when she was able to go out on her own. I sent her a list of some of my favorite places near where she was staying and she shared this photo when she visited Churrería El Moro. 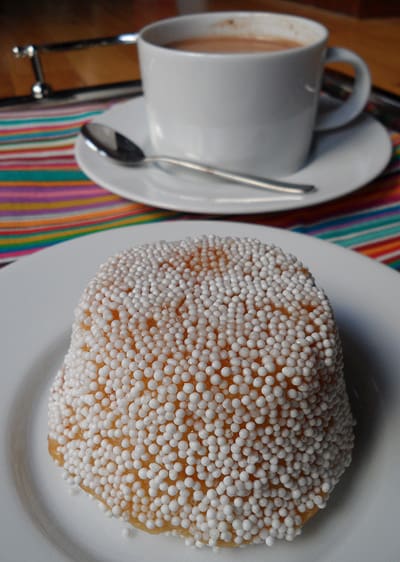 By now, you all know about my deeply rooted love for pan dulce, especially for a particular chochito-covered panque from El Globo called el garibaldi. In fact, El Globo is credited as the original maker of garibaldi, a little pound cake bathed in apricot jam and covered in white nonpareils. Many bakeries in Mexico try to emulate these little magical cakes, but nobody makes them quite like El Globo.

During our trips to Mexico City, we’ve always purchased them fresh to eat for breakfast. With a little café con leche, I can’t imagine a better way to start a day. On one occasion, we carefully wrapped a few to bring home with us to Chicago, but sadly they got slightly smashed in our carry-on luggage and from then on, we decided they didn’t travel well. And after eating garibaldi on countless visits to Mexico City, I returned from our most recent trip with a serious mission: to spend time in the test kitchen trying to recreate them so I wouldn’t have to wait until my next trip to Mexico to eat them. Looking at my calendar, five months is a long time – too long, if you ask me – to deny myself one of my favorite sweet treats….

END_OF_DOCUMENT_TOKEN_TO_BE_REPLACED 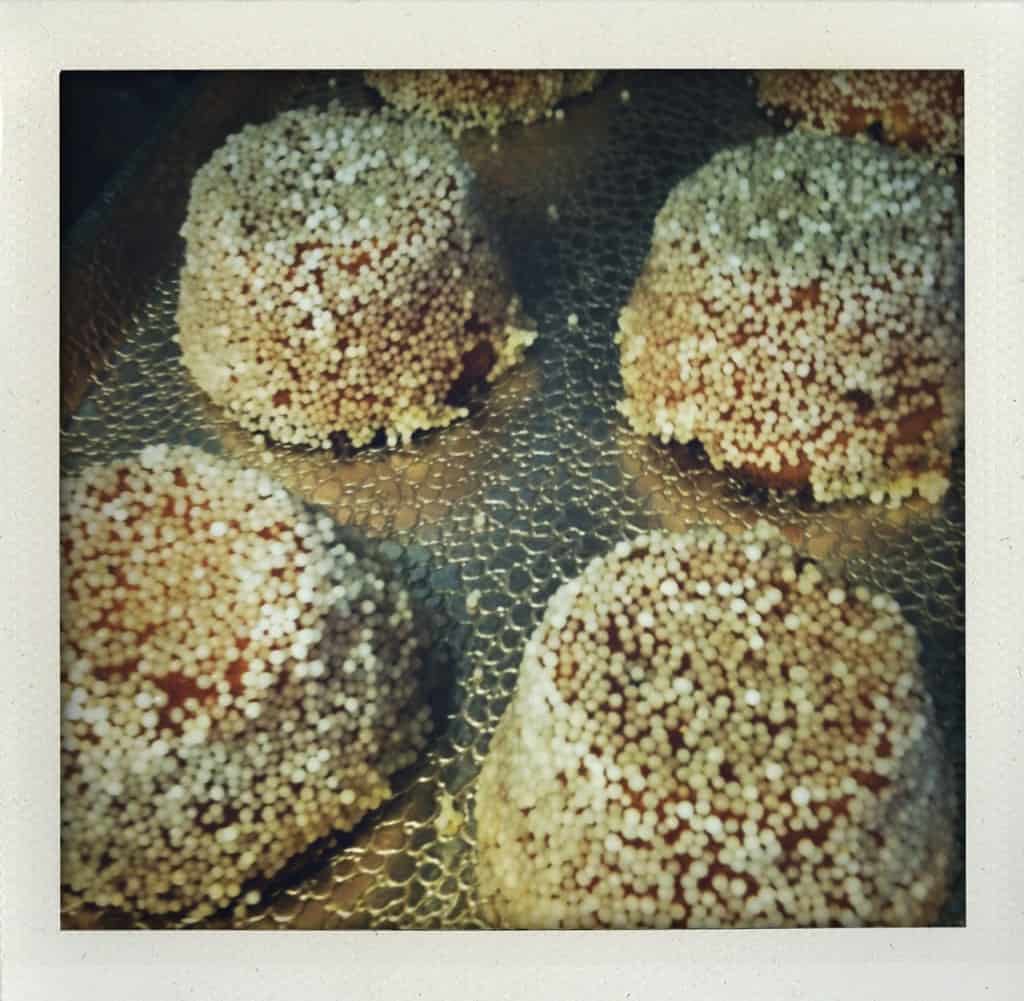 I’ve mentioned before my love for a bakery called El Globo – but by far my most favorite thing they sell are these precious little pastries called Garibaldi.

These little pound cakes, about the size of a muffin but without the top, are typically bathed in an apricot or raspberry marmalade and then rolled in white nonpareils (known as grageas in Spanish) for decoration. My favorite are the apricot-flavored.

Every time we visit, my suegra will pick up fresh Garibaldi for the day we want to eat them. They’re great as a breakfast pastry or a dessert and they’re the perfect treat because they aren’t gooey or sticky, the cake is perfectly moist and they’re not overly sweet.

I’m on a quest to learn how to make these at home this year because only being able to have them a few times a year is torture! I’ve dreamed about these little cakes and hopefully soon I’ll have a recipe to share here, or at least a comic tale of marmalade-coating-gone-wrong. 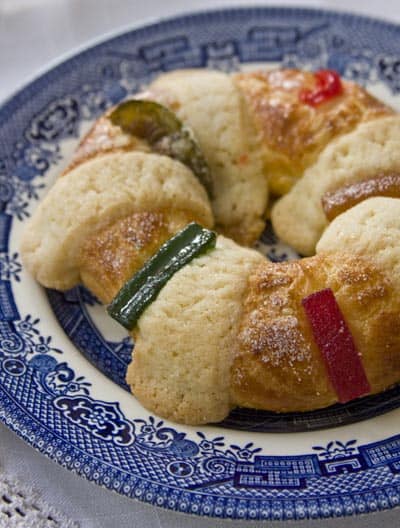 Feliz Día de Los Reyes and Happy Three Kings Day; today is the holiday known as Epiphany, 12 days after Christmas and the day that the three wise men arrived in Bethlehem with gifts of gold, frankincense and myrrh for the baby Jesus.

In Mexico, one of the most common ways to celebrate this holiday is with a rosca de reyes, a sweet yeast-bread adorned with dried or candied fruits that have been soaked in rum or brandy and topped with a buttery and sugary paste akin to the topping on a concha roll.

Baked inside the cake is a tiny baby Jesus figurine, and whoever cuts the piece of cake with the baby Jesus inside is responsible for bringing tamales to the family’s Día de la Candelaria (Candlemas) celebration on February 2. The figurine symbolizes the hiding of the baby Jesus from King Herod’s men. Traditionally, the whole family gathers around the table to cut the cake while sipping on chocolate caliente, each person taking their turn until everyone gets a piece and until the baby Jesus figurine is found.

My favorite Rosca de Reyes (pictured here) comes from a bakery chain called El Globo, which I first got to know in Mexico City. Their traditional rosca is also made in an individual size and this year on my last day in Mexico, my suegra bought me one, wrapped it up and stuck it in my carry-on bag so I’d have a rosca to cut on Día de Los Reyes….