A few weekends ago when we were in Acapulco, I spotted this elaborate nacimiento at the hotel where we were staying. It’s hard to see, but near the lefthand bottom corner, there’s even a cactus with little orange tunas on it. ¿Chido, no? 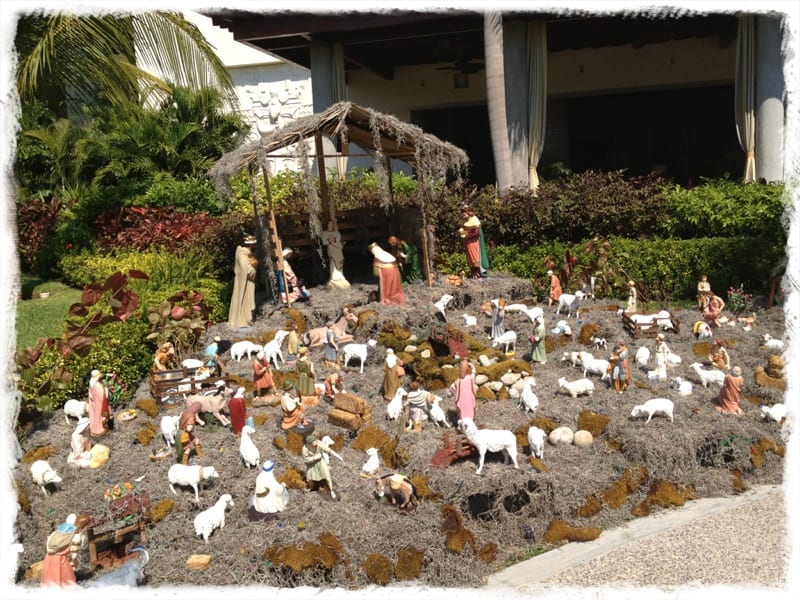 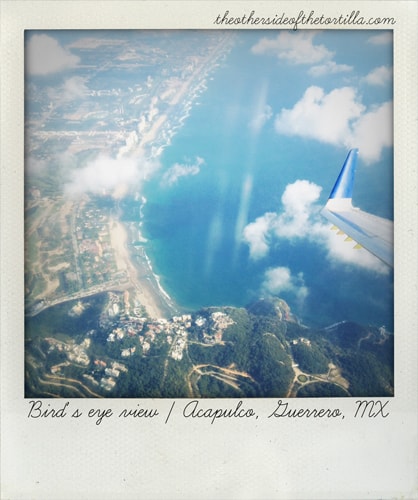 My friends at the Mexico Tourism Board office here in Chicago posted this tourism video about Guerrero on their Facebook page yesterday and it had me totally captivated! They’ve been doing a state-by-state campaign (in alphabetical order) to share highlights that different states have to offer and I’ve really been enjoying each week since they started. I’m learning tons of new things about some of the states I’ve never been to as well as some of the states I have visited, but not extensively. It’s also planted a seed about starting a list of all the places I really want to visit in the next few years. I’ve been daydreaming about visiting the Pacific-side state of Guerrero since I watched the video, though, and thought I’d share with you.

The good thing: I have a trip planned to visit the state of Guerrero for a friend’s wedding in Acapulco later in the year. The bad thing: The trip is still several months away. (Insert sad face here.)

But until then when I can share photos and video of my own experience visiting Guerrero, here’s a little something to whet your appetite…

END_OF_DOCUMENT_TOKEN_TO_BE_REPLACED

OK, so we’re not spending our Semana Santa in Acapulco–though I wish we were! I could certainly use a trip to the beach after the brutal winter we’ve had this year. Instead, José is in Mexico City for the week visiting his parents and I’m still at home in Chicago. But when I came across this gem a few weeks ago, I knew I wanted to share it at the beginning of Semana Santa.

There’s a movie from the early 1980s called “Semana Santa en Acapulco” (also sometimes known as Viacrucis Nacional) starring Lucha Villa, David Reynoso, Luis Manuel Pelayo and Tere Velázquez. It’s about a Chilango family that heads to Acapulco for a Holy Week vacation that turns out to be more than they bargained for. It’s a rude, crude comedy, but I’m sure it will have you muriendo de risa. I just recently saw it for the first time a few months ago thanks to one of the cine Mexicano cable channels we get at home. DVD copies of the film are not very easy to come by, but if you have the patience to watch it on a small screen, I came across the entire film uploaded on YouTube!