Today is a day to celebrate the lives of our deceased loved ones. We keep the tradition alive in our house by constructing an altar to honor them, and leaving ofrendas—offerings—to entice the souls home.

You can visit my Día de Los Muertos post from last year if you’d like to see the altar we made in 2010.

This holiday goes back more than 3,000 years to the time of the Aztecs. Originally, it was celebrated in the ninth month of the Aztec calendar (what is now August). When the conquistadores arrived from Spain and felt the month-long celebrations of Día de Los Muertos mocked death, and being that they wanted to convert the native people to honor their own religion, they tried to put a stop to the ritual. But they were met with resistance and instead, the ritual was moved to coincide with the Christian calendar’s All Saints Day (Nov. 1) and All Souls Day (Nov. 2).

Today, many who celebrate this holiday use el Día de Todos los Santos to honor deceased children and Día de Los Muertos for honoring adults. There is no wrong way to do it, though, and you can honor whomever you like on both days if you wish. In some places in Mexico, families visit cemeteries, clean and decorate grave sites and leave their ofrendas there. Many families, like ours, build an altar in their home.

There’s also no wrong way to make an altar—there are common methods (constructing three levels) and typical ofrendas (offerings that represent earth, wind, water and fire), but the point is that you make the altar personal and meaningful to you to honor your deceased loved ones.

I haven’t talked about it here on the blog, but in September, José’s last living grandparent, my suegro‘s mother, passed away in Aguascalientes. Abuelita Ana was 91 years old, and we flew to Mexico to be there with family for the velatorio and entierro. It has been a sad time for our family, but being together with everyone in Mexico made it a little easier. This year our altar is especially dedicated to her memory. 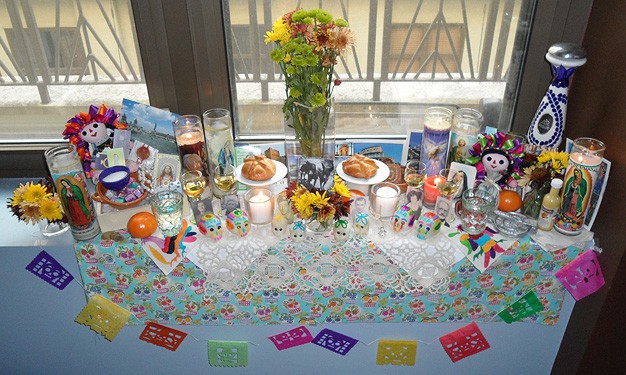 It was difficult when I was going through photos trying to decide which photo of her to use, but definitely therapeutic in a way once I was finished. This year, I even purchased special sugar skulls for my ofrenda from the famous Mondragon family of Toluca; they are one of less than a dozen families in Mexico still dedicated to the art form of alfeñique, and you can read more about them on my post from the other day.

To me, el Día de Los Muertos is one of the most beautiful and meaningful holidays not only in Mexico, but in the world. Tomorrow, I’ll share more about the individual elements on my altar and what they mean, but for today, just a few photos and a short video so you can check it out.

The end of 2010 was pretty good to us here at The Other Side of The Tortilla. We had a chance to travel quite a bit within Mexico, take hundreds of photos, learn new recipes to share and spend time with family. We hope your new year was filled with food, friends, family and buena vibra for a great 2011.

But we couldn’t let 2010 pass without letting you in on a little good news that happened while we were in Huatulco. Just before Christmas, our ponche navideño recipe was featured as one of the top 20 holiday drinks on Better Recipes, a site that’s part of the Better Homes & Gardens network. We couldn’t be prouder, and we think Abuelita Elda would be proud, too.

Click on the image below to see the full list of top 20 holiday mixed drink recipes on Better Recipes.

Thank you to all of our family, friends, fans and supporters who made The Other Side of The Tortilla great in 2010. We’re looking forward to what 2011 brings, and we’ve got plenty of recipes, stories and travel experiences to share this coming year. We hope you’ll continue to visit regularly and tell all your friends about us, too. May 2011 bring you todo lo que desean! 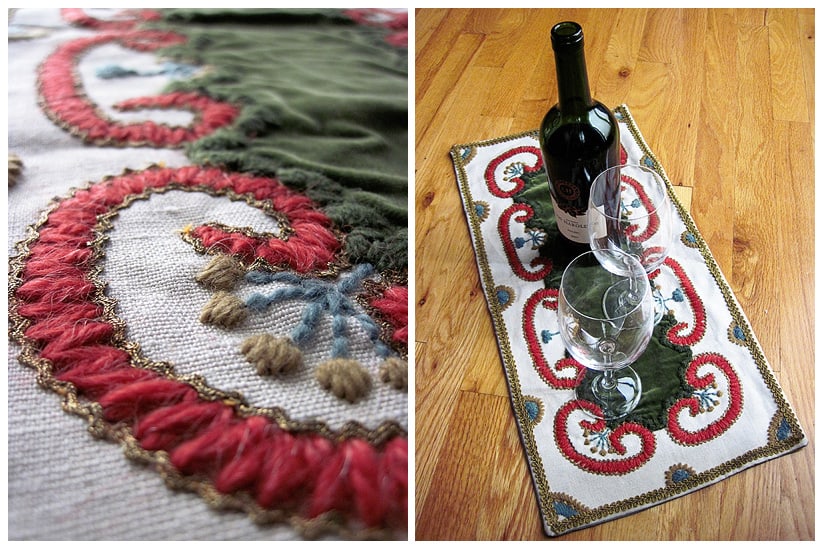